You Are Here: Galectins and Toxins 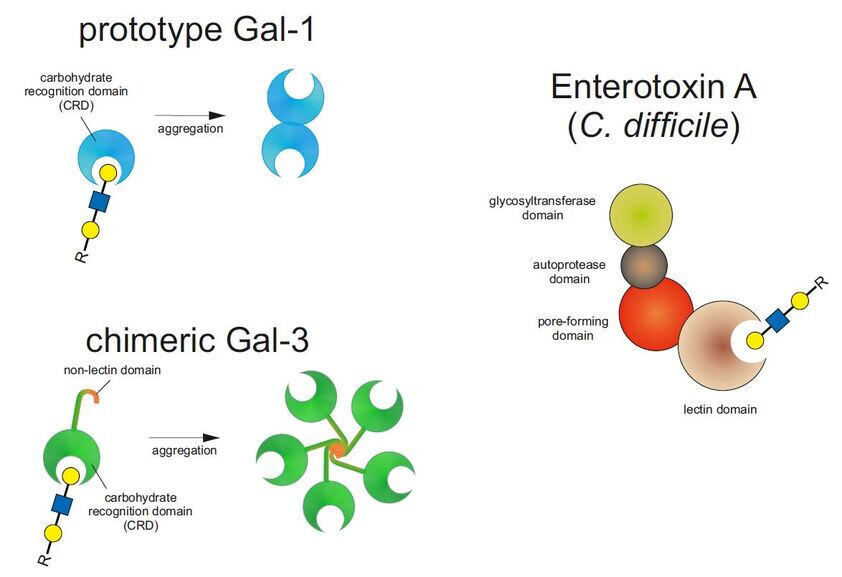 Multivalent systems, such as glycopolymer brushes and neo-glycoproteins are utilized for specifically addressing of galectins and/or toxins (diagnostic, imaging).

Clostridium difficile is a hospital germ, which secretes an enterotoxin A (TcdA). TcdA adheres to gastrointestinal epithelial cells, is internalized via endocytosis and inhibits an intracellular signal cascade. It finally leads to lesions in the colon epithelia (diarrhea). The cell adhesion is mediated by a lectin-glycan interaction. Aqueous microgels and neo-glycoproteins are utilized for deciphering the specificity and binding behavior of TcdA.