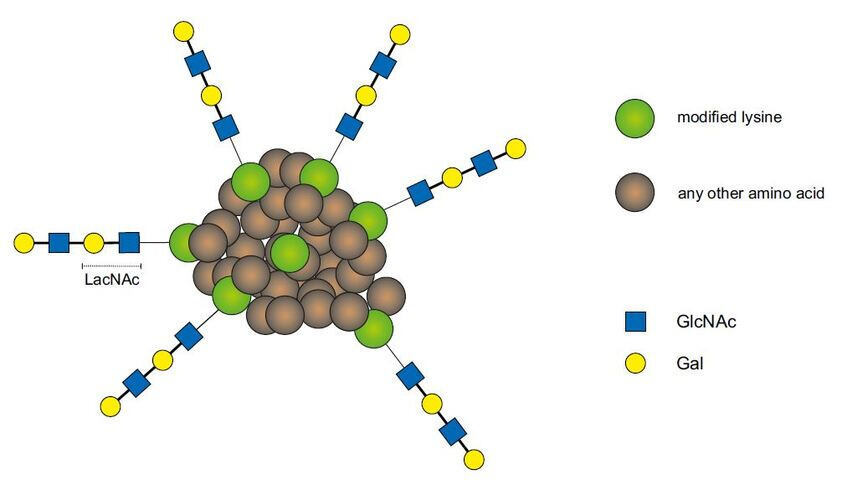 The sort and number of conjugated glycan units per protein molecule (modification density) are tunable. Thereby, interaction strength and for certain lectins can be modulated. Neo-glycoproteins are recognized by galectins and bacterial toxins, while the binding strength is raised many times over compared to monovalent ligands due to multivalency effects.